In late March of 2018 I started having lower back pain. My family and I thought that it was possibly sciatica. I started seeing a chiropractor, but nothing seemed to help and nothing was showing up in the X-rays. On April 21st, while on a trip to New York, my lymph nodes in my neck and then back of my head started to swell up. Honestly at first, I thought I had bonked my head on something and my neck was just stiff. I had never really experienced this kind of pain before. I was on this trip to NYC to go to auditions (I’m a professional actor), but unfortunately I was feeling so bad that I rarely left my friends apartment. When I returned home on April 26th, my mom took one look at my swollen neck and took me straight to immediate care. All they could truly do there was a strep test, so they suggested we go to the ER if we wanted quicker answers. At the ER, they did a CAT scan and blood tests. Everything came back clear, my numbers were great, and I even had a negative mono test. I was told I had a viral infection and to just go home and rest, hydrate, and take Tylenol for the pain. The next few weeks were like a roller coaster, some days I would feel fine and the swelling went down and other days I was in terrible pain, felt awful, and could hardly move. We continued doing blood work but nothing was showing up. They tested for mono again and also for Lyme disease, and both were negative.

I also started to develop a cough, we assumed from irritation from my swollen lymph nodes. On May 17, 2018, a family friend recommended that we go visit a doctor that she works for. I was supposed to leave for a job at the Texas Shakespeare Festival on May 18, so we needed to figure out what was going on. The doctor looked at my swollen lymph nodes (now all over my body, not just my neck), and noticed that the lymph nodes in my collar bone were swollen, which is usually a sign of mono or lymphoma. I was referred to the Swedish American Cancer Center and had an appointment on the morning of the 18th. Texas Shakes was very understanding and gave me a few more days to figure out what was going on. At my appointment on the 18th, I was telling the doctor about what had been going on and then she informed me that they did a third mono test and it came back positive! Finally, we knew what was going on. People had told us about false negatives on mono tests before so we assumed that was the case. We kept an eye on everything for the next few days and I was starting to feel great! The swelling was going down and I had more energy, the only thing I was still dealing with was the cough.

On Wednesday May 23, 2018, I went down to start working at the Texas Shakespeare Festival. I still had the cough, I had lost some weight, and I was a tad pale/sickly. But for the most part I felt alright. I was there for a few weeks before the company informed me that they were concerned about my health and thought it would be best if I went home to see my doctor and focus on my well being. I was heartbroken but I understood. If I wasn’t getting better, they needed to find a replacement asap! So I went back home on June 13 and made an appointment on June 15. We visited the Ear/Nose/Throat doctor and they did a scope to take a look at why I was coughing. They said it was from the inflammation of my lymph tissue, but everything other than that, including my tonsils, looked great! They also did a chest X-ray to make sure there wasn’t any fluid in my lungs or anything. I got some medicine for the cough and was on my way. On Father’s Day, June 17, I started feeling very nauseous. That night I couldn’t sleep at all because I started feeling intense pain in my stomach. At 5am Monday morning, my family took me to the ER where they did some scans and blood work and noticed that my spleen was swollen to 15cm. They managed my pain and I was sent home. I felt fine the rest of the day and night, but the pain returned on Tuesday morning. It was to the point where I was throwing up from the pain. We returned to the ER, my spleen was now at 17cm, and the doctor decided we were dealing with something more severe than mono and I needed a lymph node biopsy. I was taken to Swedish American that afternoon and we did the biopsy on Wednesday morning. They sent the test to UW-Madison so they could do some further testing on it. On Thursday, June 21, I was moved to the ICU. My resting heart rate was in the 160s, my chest had filled with fluid, and I gained 40 lbs of water weight from the waist down due to lack of protein in my body. Over the weekend I just kept getting worst. At one point my resting heart rate was in the 180s. I can barely remember some of my friends and family visiting me.

The infectious disease doctor even wrote in his notes “what am I missing?”. My family was terrified. On Tuesday, June 26, 2018, we got the results back from the biopsy. I was diagnosed with Anaplastic Large-Cell Lymphoma. When you hear you have cancer, it’s always terrifying. However, I actually felt a sense of peace. I finally knew what was happening to my body and there were treatment options! Within two hours of receiving the diagnosis, I was transported by ambulance to the ICU at UW-Madison. On Wednesday they gave me a heart drain, where they took off a pint of fluid during the treatment and another 2 pints in the next 24 hours. I was also given a feeding tube in order to get protein in my body again and start getting rid of the swelling and water weight. We started chemo treatments on Thursday, June 28. If we hadn’t started treatment when we did, I probably wouldn’t be here right now. It was amazing how quickly the chemo started to help. I was stable enough by Sunday to be moved out of the ICU and up to the oncology floor. I was very weak, and due to the swelling in my legs I was unable to move on my own. The original plan whenever I was discharged was to go to an acute rehab center to work on regaining my strength. By Thursday, July 5, I had worked so hard that I was able to use a walker to get to the bathroom, and even walk a little ways down the hallway! The doctors knew I was having a lot of anxiety and that all i wanted was to go home. I was discharged that day and was able to go home for at home physical therapy.

I cried so many tears of joy. I was told when we left that my white blood cell count was low so I needed to take caution and if I ever got a fever I needed to go to the ER. Come to find out, it was more a matter of when I got a fever and not if I got one. Monday, July 9, I was back in the hospital with what we later learned was strep pneumonia. I was there until Saturday morning when I was discharged. After that I had a long journey of at home Physical and Occupational Therapy and also starting chemo treatments at the cancer center.

After a month of PT and OT, I was able to start going to outpatient PT through Swedish American. I had a total of 6 rounds of chemo treatments, which I finished Friday, October 19, 2018. Exactly a month after, on November 19th, 2018, I was officially in remission!! It has been an incredibly long journey and I feel as if I’m finally starting to be be able to live life again.

Obviously, no one expects to get a cancer diagnosis, but especially not at age 23. But I think my positivity and optimism has helped me immensely through all of this. I know that being negative or upset isn’t going to help me heal or move forward. I have also received the nickname “Wonder Woman”. I want to inspire other people who are going through something like this and show them that there is always hope, love, and support from everyone around them. Somehow I managed to keep a smile on my face during this journey and I want to share that with others.” 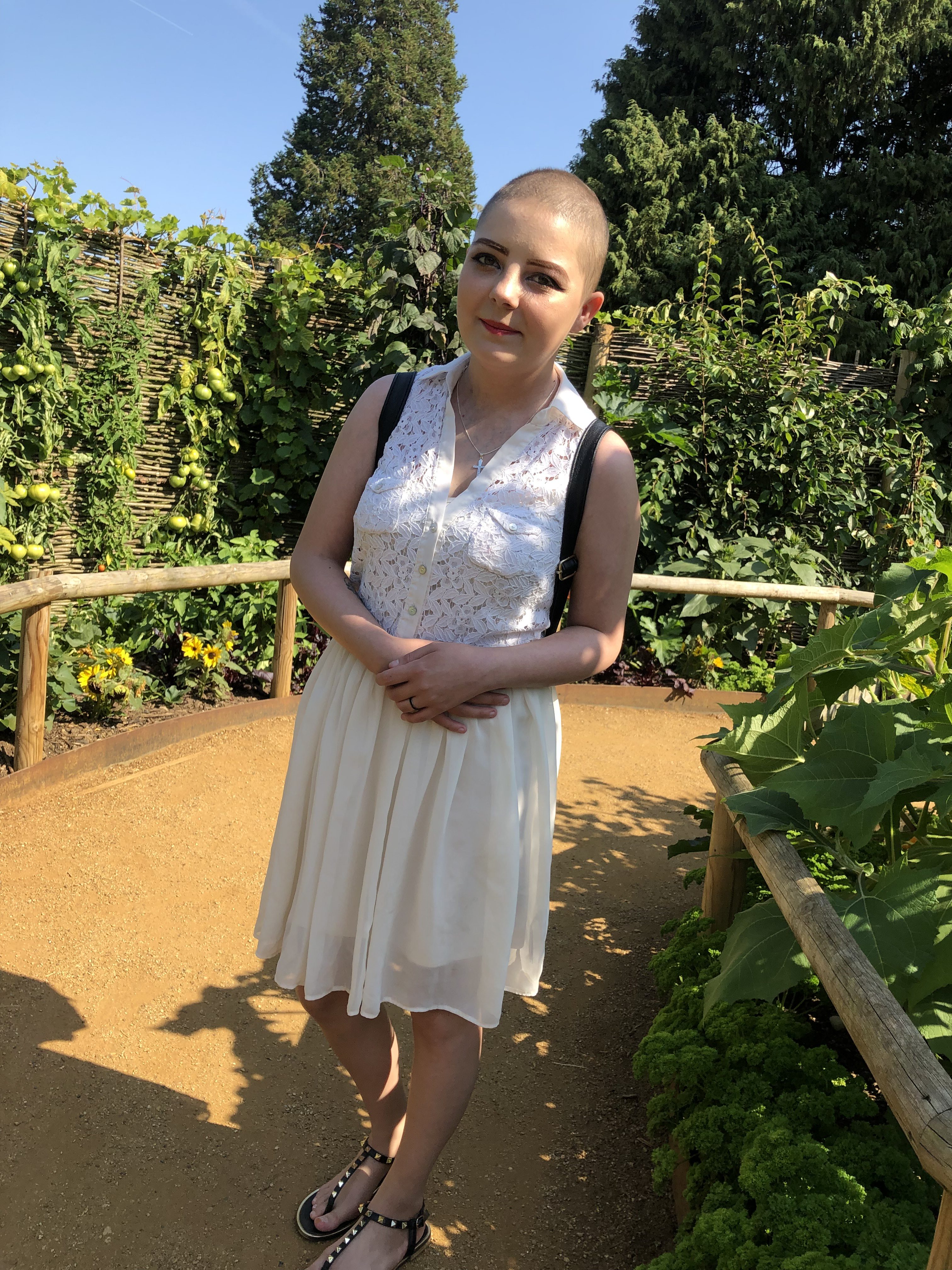 I got diagnosed in October 2018 at my GP after months of coughing and loosing a lot of weight, then […] 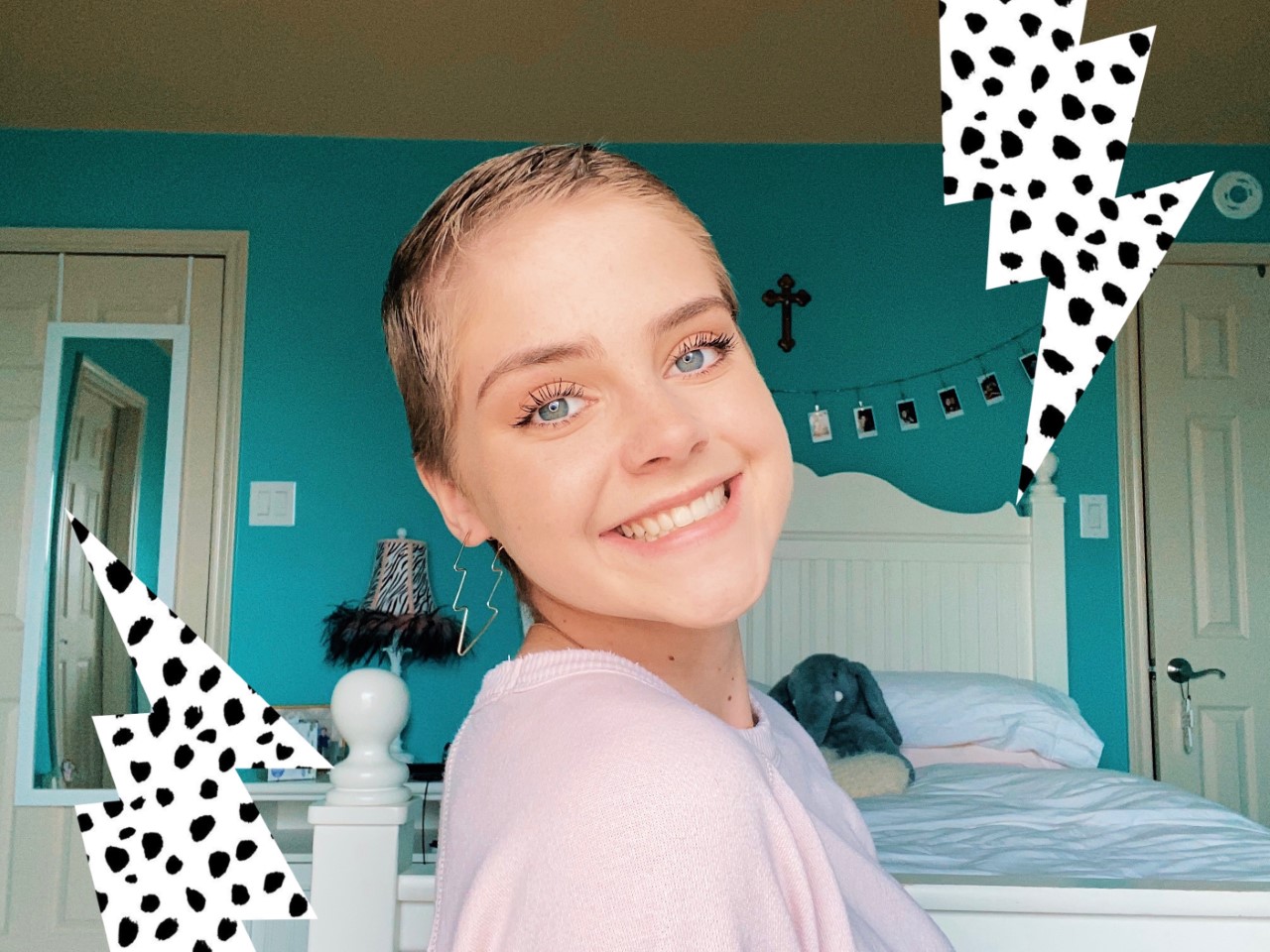