I remember reading my biopsy diagnosis with my boyfriend at the doctor’s office. I studied Medical Science at university and majored in Immunobiology (ironically), and I knew what lymphoma meant. But I had to hear it for myself so I asked, “what does that mean?”

“Cancer of the lymph,” my doctor said.

This was 6 months ago. At the beginning of the year I had a picture of what I thought 2018 was going to look like. I received my diagnosis two weeks before my final teaching placement to become a primary school teacher. I was supposed to graduate soon after that. I had plans to pursue my career, to travel, and I had just started a sewing blog which was doing surprisingly well. My diagnosis changed everything.

Everything began making sense though. The months prior to my diagnosis, I was experiencing signs and symptoms which GPs and I brushed off as not really anything:

It wasn’t until I went to the GP because of these chest pains that my doctor noticed a lump on my neck. I never knew it was there until she pointed it out! An ultrasound and biopsy later, we found out it was cancer.

The next few weeks was just test after test. Then began chemo. I would honestly say that chemo was probably the hardest thing I’ve ever had to do. The side effects were so horrible to the point that I’d force myself to go to sleep so that I wouldn’t have to feel it anymore. Nausea… losing my sense of taste… lethargy… and everything always felt heavy.

But I got through it. What helped me get through all of this was the people who’ve stuck by me throughout this journey. My family, friends and boyfriend. The hardest part of the diagnosis was seeing how much it hurt the people who loved me. But these people were the ones who kept me going throughout it all. I realised that the reason why I’m doing this is so I can have a future with them, the people I love. And a future with my future family, the people I will love.

Admittedly, there were times I felt lonely. Although these people were with me every step of the way, I knew there were parts of this journey I needed to do alone. I was carrying this not only emotionally but physically too, and while the world kept turning for everyone, my one slowed down. But rather than focusing on everything that sucked, I decided to find my own happiness. I love to sew and so I set small achievable sewing goals throughout the week until I finished a project. I also took up painting as a new hobby. And when I needed a release, I’d journal. I mostly did these on my weeks off chemo when the side effects weren’t as severe. I always looked forward to days when I had the strength to paint and sew.

When I finally finished chemo, one of the hardest things was processing what I just went through. I realised that I was too busy trying to get through chemo, that I didn’t really get the chance to reflect on what I was going through. Trying to reflect on it all was surprisingly hard and really overwhelming. I struggled to find the words to describe what I was feeling. It was all new to me. What helped for me was journalling. When I finally processed it enough to put it into words or a drawing, writing it down really helped me acknowledge what I was thinking or feeling which really helped me accept it and move on. It also helped to talk to people about what I was experiencing. Even though they couldn’t really give me advice, it just helped to have someone who cares listen to me and be there for me.

I’m currently at the next part of my treatment plan, radiation therapy. I just started and I’m finding that my body is handling it much better than chemo. My body responded really well to the chemo and I’m doing radiation to flush my lymph nodes and any remaining cancer cells. I’ll be due for a PET scan 6 weeks after radiation therapy ends, and hopefully I’ll be in remission. I’m really looking forward to going back into the world and studying and working again. Except this time, I’ll have a greater appreciation for everything.

I admit that I do have a lot to fear about what may happen in the future, but what I’ve learned throughout this journey is that it’s okay to be afraid and I shouldn’t let this fear dictate my life. Like I said previously,

I’m fighting cancer so I can have a future with the ones I love and the one thing that can get in the way of this is fear. So I’m not going to let this fear stop me being who I want to be and living the best life I can. 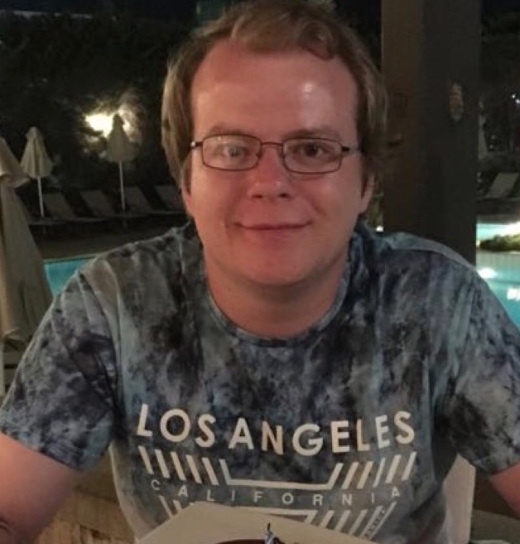 It all started for me back in April 2017, the previous few months beforehand I had experienced this unrelenting dry […]

Hi my name is Kelsey. I was first diagnosed on the 15th May 2017. After months of having night sweats […]